In his super book “Money Tales”, Alessandro Giraudo looks at the emergence of paper financial instruments and tells how the great medieval trade fairs of Europe were gradually replaced by financial fairs where no actual trade took place except in money.

Even after trade routes had shifted away from the north-south axis that depended on the Champagne commodities fairs, the fairs continued to function as an international clearing house for paper debts and credits, as they had built up a system of commercial law, regulated by private judges separate from the feudal social order and the requirements of scrupulously maintaining a “good name”, prior to the third-party enforcement of legal codes by the nation-state.

Hello. New instruments but no new institutions, new technology beyond traditional law enforcement, so a private reputation-based scheme grew up to facilitate commerce where previously gold and silver had been the oil that greased the wagon wheels. It’s almost as if identity had become the new… no, let’s not get distracted…

Giraudo tells how over time the power of the Genoese bankers rose and they shifted the fairs from France down to Piacenza, near Milan. The Genoese had established the function of the banker as a money merchant and separated this function from that of the “merchant banker” with holdings. Imagine how the idea of paper replacing gold and jewels and spices must have seemed to the institutions of the time! The finance and wealth based only on paper astonished the traditional Italian bankers, and those of rest of northern Europe too, but they all had to adapt to the new reality so as not to be overtaken swept aside by this technological revolution.

Those Paicenza money market fairs became the largest in Europe from the end of the 16th and into the 17th centuries with bankers from Flanders, Germany, England, France and the Iberian peninsula converging four times a year to meet with the Genoese, Milanese and Florentine clearing houses. The clearing houses put down a significant deposit in order to participate in the fairs and in return they fixed the exchange and interest rates on the third day of the fair (this was when interest rate fixing wasn’t the thing it is today). In addition to the bankers there were also money changers who also had to put down a deposit (smaller) to present letters of exchange, and there were also there were also representatives of firms and brokers who participated in the trading. 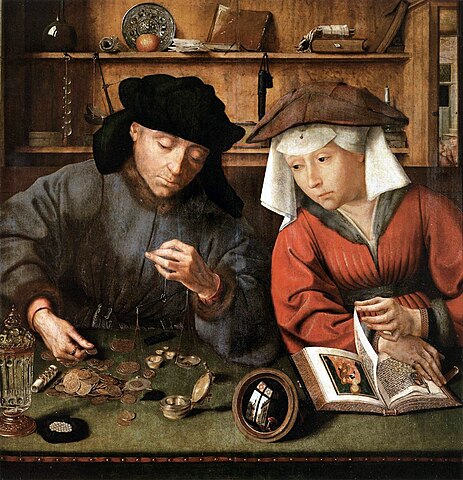 During the fair, the participants tried to clear all of the transactions in such a way as to limit the exchange of actual coins, so it was net settlement system. Any outstanding amounts were either settled in gold or carried forward to the next fair with interest. This was the first structured clearing system in international finance and it lasted until 1627, when the Spanish Empire went bankrupt (again) causing serious losses to the Genoese bankers who were its principal financiers (and sadly for them had no access to a taxpayer-funded bailout). As a result the financial centre of Europe shifted to Amsterdam, which had a central bank for efficient inter-merchant transfers (more on this is in another post) and was developing newer instruments including futures and options, and then onto London. Spain’s gold and silver (from the Americas) never translated into a strong financial services sector and trade-led economic growth.

When Philip III became King of Spain and Portugal in 1598, Spanish commentators were complaining that instead of being used to stimulate industry and business, the treasure from the Americas had created an attitude that held productive work in contempt, while foreigners – Genoese, Dutch, Germans – ran Spain’s trade and finance to their own profit.

Giraudo observes that while geography and politics have a strong influence on the location of financial centres, the deciding element has always been the capacity to invent and use new financial techniques, and above all to create a dynamic sense of innovation. This is where, in my opinion, London and New York excel and why they remain powerful financial centres. But what if that capacity to invent new financial techniques is in the future better exploited in Kenya or the Far East or on the Internet? What if financial innovation slips its mundane anchors and begins to float free on the tides of cyberspace? In London, in the UK and in Europe we have to make sure that we have a regulatory climate that supports innovation in financial services in the new economy, not one that attempts to prop up the old one.